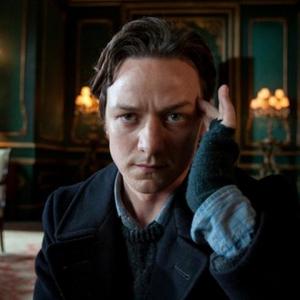 The Scottish actor portrays Charles Xavier in the new comic book prequel movie and thinks his character's Friendship with Michael Fassbender's Erik Lehnsherr - who later becomes Magneto - is vital to the film.

He said: "It's kind of a love story, like 'Butch Cassidy And The Sundance Kid'.

"This is the first time in their lives they've met someone who is an equal of sorts, someone who understands them."

James and Michael screen-tested for the roles together and James hoped from their first auditions that they would be cast together.

He added: "It was very important that the actors playing Xavier and Magneto, who are at the emotional core of the story, got on together and when we first met we hit it off and I think we both thought, 'Please God, let it be us two.'

"We share a similar sense of humour and we knew we could push things a bit and not get too serious about it and keep a sense of humour. We had a great old time."