James Nesbitt had spent two months in New Zealand waiting to start work on 'The Hobbit' and has been training to get ''strong'' in that time.

James Nesbitt has had "lots of time off" while in New Zealand waiting for production on 'The Hobbit' to start.

The Northern Irish actor is set to play dwarf Bofur in the Peter Jackson-directed project, and he admits the many Delays it has experienced have meant he has not had much to do while in The The country.

He said: "We haven't started filming, we got here mid-January and we were supposed to rehearse, doing lots of horse-riding and framing and stunts and all that, but then Peter got ill, he had a perforated ulcer, so filming was delayed for a few weeks.

"Filming starts in about three weeks and I start in a month, but it's been great, so I've had lots of time off."

Despite having lots of time off, James confesses he is undertaking a lot of training - or "playing".

He told Absolute Radio's 'Christian O'Connell Breakfast Show': "So a typical day will be little bit of training, doing a bit of that, trying to get strong, and then doing lots of stunt fights and movement, then going out and horse-riding. I mean, it's basically playing is what we're doing."

Filming on 'The Hobbit', which stars Martin Freeman as the titular character, has been delayed since last year when first choice director Guillermo Del Toro pulled out and acting unions across the world urged members not to take part. 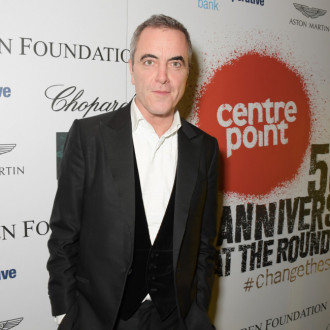