James Rebhorn is being remembered in the TV and movie worlds.

Actor James Rebhorn, best known for playing Carrie Mathison's father on 'Homeland,' has died aged 65. Rebhorn was diagnosed with melanoma in 1992 though continued to work until last month. His agent Dianne Busch told the Hollywood Reporter that Rebhorn died at his home in South Orange, New Jersey.

Rebhorn is survived by his wife Rebecca Linn and two daughters.

James Rebhorn’s contemporaries and peers have been paying tribute following the Homeland actor’s death. He died at the age of 65 at his home on March 21, 2014, after a long battle with melanoma, which he had been diagnosed with in 1992. The celebrated actor’s career spanned 5 decades and included film roles in My Cousin Vinny, Carlito's Way, Basic Instinct, Independence Day and Meet the Parents, while most recently, he was known for his role in the hit U.S drama, Homeland, which forged a strong following in the U.K on Channel 4. He played Frank Mathison, the father of Claire Danes' CIA officer Carrie Mathison.

James Rebhorn, the character actor who was first diagnosed with melanoma in 1992 though fought it for over two decades, has died aged 65. The actor who played the father of Claire Danes' CIA officer Carrie Mathison on Homeland, passed away on Friday, according to the Hollywood Reporter.

James Rebhorn has sadly passed away

"He died from melanoma, which had been diagnosed in 1992," his agent Dianne Busch stated. "He fought it all this time. He died Friday afternoon at his home in New Jersey, where he had been receiving hospice care for a week and a half."

The late actor had been suffering from Melanoma since 1992.

James Rebhorn, who has appeared in over 100 films, television shows and stage productions, has died aged 65.

Rebhorn passed away on Friday (March 21st) in his home due to suffering from skin cancer.

Watch the trailer for The Box 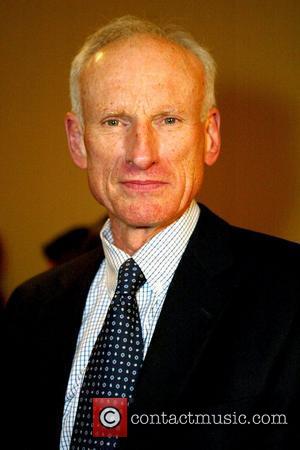