Pudsey The Dog: The Movie Cashes in on a Reality Star

Pudsey is banking on a big weekend

Over the past decade or so, filmmakers have been cashing in on the success of British TV comedies while trying to earn a bit of box office glory. The uniting feature behind these movies is a low budget and a release based on lots of advertising and very few press screenings, as opposed to more long-lasting British TV comedy-based films featuring Monty Python, Mr Bean or Alan Partridge. Clearly the goal for these cheaper productions is to have a huge first weekend. Harry Enfield and Kathy Burke brought their silly teen sketch-comedy characters to the big screen for Kevin & Perry Go Large in 2000, while Sacha Baron Cohen put his rapper in cinemas for Ali G Indahouse in 2002. But everything changed with The Inbetweeners movie in 2008, which stormed to major financial success against all expectations. It even caught critics off guard because there were no press screenings at all. And this is the pattern that has repeated over the years, from The League of Gentlemen's Apocalypse (2005) to Keith Lemon: The Film (2012) to last month's Mrs Brown's Boys D'Movie.

More: read our review for Pudsey The Movie

So it was just a matter of time before an attempt was made to bring a reality show to the big screen. And now we have Pudsey the Dog: The Movie, starring the 2012 winner of Britain's Got Talent. With a story that mashes up British movie cliches, the film keeps his trainer Ashleigh Butler off-camera. The problem is that the script barely exists at all, finding space for the voices of Britain's Got Talent stars David Walliams and Amanda Holden, plus beloved actress Olivia Colman, but never bothering with plot coherence or actual comedy. It's likely to do well in the opening weekend, but that's about it. More promising is next month's The Inbetweeners 2, although that one's certainly not aimed at little kids on summer holiday.

More: watch the trailer for Pudsey The Movie 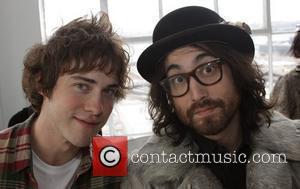 Pudsey The Dog: The Movie Cashes in on a Reality Star With inept directing and editing and an incoherent script, this film utterly wastes any chance...

The filmmakers haven't bothered coming up with either a plot or title for this sequel,...