Woods Moves Into A Hotel 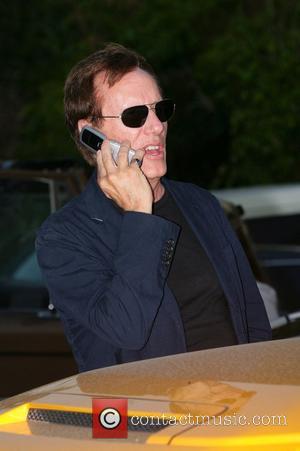 Picture: James Woods hangs out with friends at a beach party. Woods is currently staring as Sebastian Stark in the drama "Shark" Malibu, California - 29.07.07

James Woods has become Hollywood's latest homeless star - he's been living in a $600 (GBP375)-a-night hotel in Beverly Hills, California for the past year.

The movie star joins a list of stars who prefer hotel life to the comforts of home - even if it costs him dear.

Woods was forced to move into a suite at the unnamed hotel after selling a home that had become a nightmare of renovation.

He says, "It's a little expensive but it's fine. What am I gonna do? I don't have a house, and I've never been good with money. Hey, I get a discount. I'm technically homeless."

Woods has become so fond of the staff at the hotel, he has treated one to a set of golf clubs.

He adds, "He walks my dog, so I bought him a set of Callaways."

But the actor refuses to pay the high costs of laundry.