James - The Night Before Album Review

Review of The Night Before Album by James

For a band whose lengthy career consists of 10 studio albums, twenty UK top 40 singles and 12 million albums sold worldwide, James have never really ignited the imagination like they perhaps could have done, choosing instead to straddle the line between pure pop brilliance and dull mediocrity. Unfortunately, The Night Before continues this trend, with seven brand new songs which somehow overall just don't hit the mark. 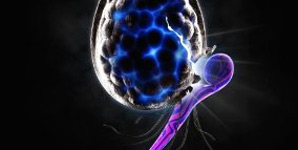 The Mini album begins with It's Hot - keyboard heavy indie pop music with a touch of gospel mixed in for good measure. The song keeps building throughout its 3 and a half minutes, but never really explodes. There are some notes you feel that Booth just doesn't hit, and it is an underwhelming start, offering b-side material at best.

After It's Hot, is Crazy, the 'focus track' of the mini album and band favourite. This fairs slightly better than the opener, offering more of the same euphoric sounding pop, but at a slower pace it just seems to work better, allowing James to shine at their anthemic best. At this point it all still seems rather tame.

And it's as if they sense this after a couple more euphoric sounding pop numbers which are inoffensive enough, when Dr. Hellier kicks in. This is a more traditional sounding indie rock song, with lyrics making comparisons between the War in Afghanistan and getting over a virus. They are dumb lyrics it's true, but it's good to finally get a good injection of loud, distorted guitars and thumping drums.

The Night Before is overall, fairly dull and inoffensive on the whole. There are some great tracks which really shine through, but they somehow get masked by the overriding plainness of the opening 3 songs. It's a shame that after ten albums James still find it difficult to deliver. The Night Before is the first of two mini albums - if this is anything to go by, they maybe should have picked the best tracks off the two and condensed it into one.

James announce new LP All The Colours of You

James - The Night Before