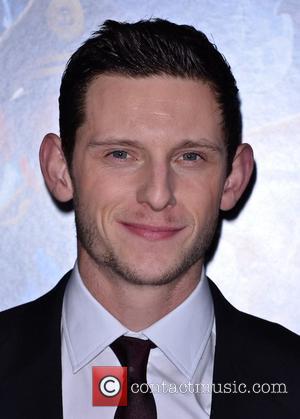 Picture: Jamie Bell at the New York premiere of 'The Adventures of Tintin' at the Ziegfeld Theatre. New York City, USA - 11.12.11

Billy Elliot himself, Jamie Bell, is married! In a secret ceremony (all the rage right now) in California, he wed his long-term on and off partner Evan Rachel Woods.

Bell and Woods first met seven years ago when they worked together on the Greenday video for 'Wake me up when September ends'. Although they dated for a while, their relationship was short lived and Woods went on to have a relatively public relationship with Marilyn Manson to whom she was engaged until 2010. However, when that relationship ended it seemed clear to both Bell and Woods that they should reunite.

E! reported a few weeks ago that the couple applied for a marriage license, so their wedding isn't entirely out of the blue. Nevertheless, they did a good job of keeping it under wraps. A rep for the couple released a statement to People saying "The bride wore a custom dress by Carolina Herrera," adding that "It was a small ceremony with close family and friends."

Other celebs that have got married in secret recently, include Ryan Reynolds and his new wife Blake Lively, and Justin Timberlake and Jessica Biel- although their nuptials have now been plastered all over People Magazine. We at Contact Music wish all the best to Woods and Bell, and hope they lead long and happy lives together.