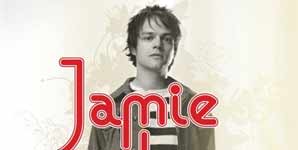 With the release of his "Twentysomething" album Jamie Cullum became a worldwide star, clocking up over 2 million sales, including 400,000 in America. He gave jazz music a shot in the arm, and by covering contemporary songs (such as Pharrell Williams' "Frontin'") also brought the genre to a younger audience who perhaps had previously dismissed it. This popularity was confirmed at the Brit Awards 2004, when he and Katie Melua shared the stage to cover The Cure's "Love Cats", to much acclaim.

"Catching Tales" begins in very assured fashion with "Get Your Way", a song that struts along on a big funky beat and is sprinkled with bursts of ivory tickling. It's hard to imagine that jazz could be any cooler, and it's no surprise to learn that the track is a collaboration with hip-hop producer and Gorillaz cohort Dan the Automator. "Mind Trick" injects some groove to proceedings, and having covered Radiohead's "High And Dry", Cullum now puts a spin on Doves' "Catch The Sun" – whether or not fans of the Mancunians would appreciate it is up for debate. However, there can be no argument that "Back To The Ground" isn't a high quality track. The result of working with Ed Hardcourt, it patiently builds from a little keyboard riff to a fine piece of funky music not completely unlike Maroon 5's "This Love".

While Cullum's experiments are often upbeat affairs, it is his mellower moments that produce his best and worst tracks. Songs such as ""I'm Glad There Is You", "Oh God", and "7 Days To Change Your Life", lack the quality to grab your attention and fade to background music quickly. On the opposite end of the spectrum, ""I Only Have Eyes For You" and "My Yard" are stunning pieces of music with great vocal performances – and they lead you to believe that Cullum could teach a master class in seduction, which seems to be the theme for much of his work. Despite some forgettable moments, "Catching Tales" has just enough about it to seduce anyone who gives it a listen.