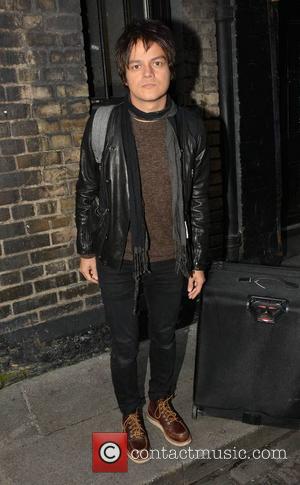 Picture: Jamie Cullum - Singer/songwriter Jamie Cullum at the stage door of The Olympia Theatre ahead of his concert there tonight... - Dublin, Ireland - Monday...

Jazz star Jamie Cullum has come under fire from animal rights activists after he played a show at the home of a controversial circus.

The British musician played to a sold-out crowd last month (Nov13) at the main venue of Circus Krone, one of Europe's largest circuses, which still includes 'performances' from an array of exotic animals, including big cats, elephants and monkeys.

The gig has angered officials at animal charities, who claim Cullum should have researched the venue's history before booking his concert.

Peter Hoffken, from People for the Ethical Treatment of Animals (Peta), says, "We would wish that the celebrities or agents would inform themselves before they book this venue. We hope that at some point Circus Krone will stop exhibiting animals and just concentrate on renting out its premises for singers."

Jan Creamer, chief executive of Animal Defenders International (Adi), adds, "The welfare needs of tigers, lions and other wild animals can never be met in circuses where these majestic animals are confined. We are very concerned that celebrities including Jamie Cullum are apparently condoning such cruelty by performing at animal circus venues."

A representative for the singer has defended him by insisting no animals performed during his show, telling Britain's The Independent, "He was not aware that the venue was used for live animal performances during the summer months. I can confirm that no animals featured in his performance and that he does not condone the use of live animals as a form of entertainment."

Animal performances in circuses will be banned in Cullum's native Britain from 2015.