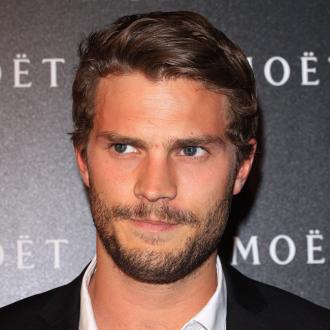 Jamie Dornan is expected to send pulses racing in the 'Fifty Shades of Grey' film.

The Northern Irish actor has reportedly been offered the role of Christian Grey in the big-screen adaptation of E. L. James' novel of the same name.

'Sons of Anarchy' star Charlie Hunnam had been previously confirmed for the role but dropped out earlier this month due to his ''immersive TV schedule''.

Jamie is best known for his roles in US fantasy drama 'Once Upon A Time' and BBC Two's serial killer drama 'The Fall'. Before his acting career took off, Jamie worked as a male model for brands including Calvin Klein and Armani.

The 31-year-old star reportedly beat American actor Billy Magnussen to star alongside Dakota Johnson, who will play Christian Grey's lover. Billy is said to have undergone screen tests for the part.

Dakota will play the character of Anastasia Steele, with 'Pride and Prejudice' actress Jennifer Elhe appearing as her mother.

Other actors who were supposedly in the running for the role of Christian included director Sam Taylor-Johnson's husband Aaron Taylor-Johnson and 'True Blood's Alexander Skarsgard.

Shooting for the film is due to begin in Vancouver next month with an August 2014 cinema release date expected.