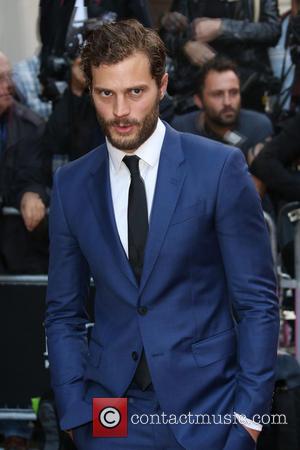 It has sparked outrage in Hollywood amid a probe by agents at the Federal Bureau of Investigation (Fbi) and prompted calls for legal action against the hackers, but Dornan is adamant cyber-crime is impossible to guard against.

He is now urging all famous women to avoid using online storage devices to hold their private photographs.

Speaking at the GQ Men of the Year Awards in London on Tuesday (02Sep14), Dornan says, "What can you do? It's sort of disgusting. I don't know how they are going to keep control over it but there seems to be so many different ways that your information can be accessed. I think the thing to do is step away from social media if you can."

Other stars at the event also sent their sympathy to those caught up in the furore, with pop star Jessie J saying, "I think it's really awful and I think that nobody deserves to have their privacy tampered with. I think everyone deserves their sanity, and sanity is privacy. You need something for yourself, so I hope that it's sorted and it doesn't happen again."

Downton Abbey actor Dan Stevens, whose former co-star Jessica Brown Findlay was among those affected by the leak, says, "It's pretty despicable behaviour really and I think the practice of human online behaviour has to evolve. I think people are behaving in a way online that they never would in real life and it's creating a warped new reality. It's very, very frightening."