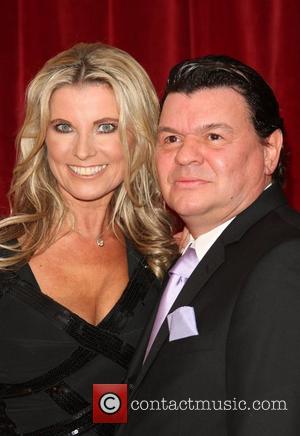 British actor Jamie Foreman and former crook Ronnie Biggs were among those who turned out in London on Wednesday (20Mar13) for the funeral of the Great Train Robber's partner-in-crime Bruce Reynolds.

Biggs attended the memorial for his friend, who died last month (Feb13) at the age of 82, at the St Bartholomew the Great church in London and wrote a tribute to Reynolds which was read out during the service.

In the tribute, Biggs noted of his pal, "It was Bruce who set me off on an adventure that was to change my life, and it was typical of Bruce that he was there at the end to help me back from Brazil to Britain. I am proud to have had Bruce Richard Reynolds as a friend. He was a good man."

The frail 83 year old arrived in a wheelchair, but found the strength to flick a defiant two-fingered gesture at photographers waiting outside the venue. Hundreds of other mourners attended the service, including Elizabeth actor Foreman, son of notorious gangster Freddie Foreman.

Reynolds' musician son, Nick, a member of rock group Alabama 3, known as A3 in the U.S., also spoke during the funeral.

Reynolds organised the gang which held up a mail train in Buckinghamshire, England in August 1963 and stole $4.1 million (£2.6 million). He spent five years on the run in South America before serving a decade behind bars in his native Britain on a drugs charge.

Biggs, who was part of Reynolds' gang, was jailed for his part in the Great Train Robbery, which became Britain's most famous heist, but he escaped from prison in 1964 and spent his life on the run, hiding out in Brazil, before returning to England in 2001 to serve out the rest of his jail term. He was pardoned in 2009 as his health deteriorated and doctors believed he was on the verge of death.

The gang's daring heist was detailed in Oscar-nominated 1988 movie Buster, which starred Larry Lamb as Reynolds and Ralph Brown as Biggs.