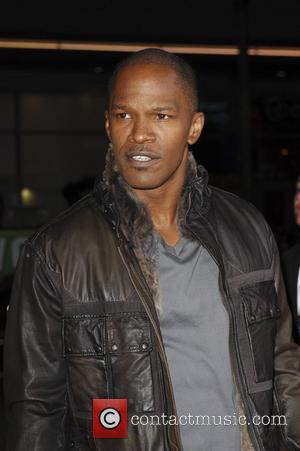 Oscar winner Jamie Foxx has fuelled rumours he's romancing actress Kirstie Alley, after confessing he has a crush on the former Cheers star.
Alley started the gossip by posting a series of saucy messages on her Twitter.com blog in recent weeks, hinting at a fling with the Ray star.
In one, she alludes to a leaked nude photo of the actor, writing, "I don't need to see Mr. Foxx's naked picture. I see him naked three times a week... standing over me."
Foxx was grilled on the rumours during an appearance on Conan O'Brien's U.S. talk show on Monday night (12Oct09), and he refused to deny he's dating the 58 year old.
The actor/rapper said, "I used to have a crush on Kirstey Alley back in the day. I don't see anything wrong with it."