Jamie Foxx Dances On Stage With Prince In New York 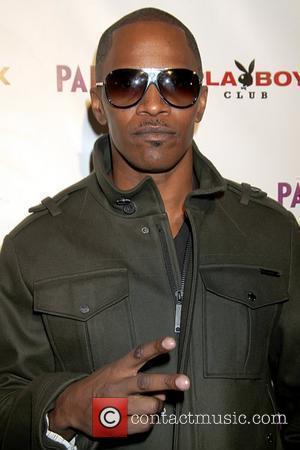 Picture: Jamie Foxx celebrates the release of his new album 'Best Night of My Life' and hosts his birthday bash in Playboy Club at The...

Jamie Foxx, the American movie star and R&B singer who releases his much anticipated new album tomorrow (21st December 2010) joined music legend Prince on stage in New York on Saturday night, reports the Associated Press. PRINCE was playing a sold out concert at the historic Madison Square Garden and he called upon a host of stars to join him.
Co-host of 'The View' SHERRI SHEPPARD danced with the 'Purple Rain' star in front of the 18,000 spectators and Prince told her, "Come on, Sherri. Dance with me, please. I wanna see what you really do". Later, the 54-year-old invited the film director Spike Lee to get up on the stage, as well as the supermodel Naomi Campbell. Foxx also joined the stars and danced along to some of PRINCE biggest hits and Lee began to play the tambourine as more celebrities began flooding the stage, most notably the talk-show host TAVIS SMILEY and PROFESSOR CORNEL WEST.
During a hit laden performance, PRINCE played favourites such as 'The Beautiful Ones', 'Lets Go Crazy' and 'Raspberry Beret', and despite his reputation for choosing not to play the 'crowd pleasers', the 54-year-old duly gave the Manhattan crowd what they wanted and performed renditions of 'Nothing Compares 2 U', and 'Purple Rain'.