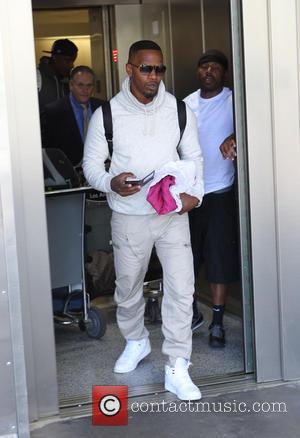 Jamie Foxx appears to have forgiven his former co-star garcelle beauvais for her big sex scene reveal back in 2012 by showing up at her book launch on Sunday (07Sep14).

The actress, who played Francesca 'Fancy' Monroe on The Jamie Foxx Show over a decade ago, admits the Oscar winner was so aroused he couldn't "get up" after intimate scenes.

Her comments prompted Tv bosses to later clarify her remarks when viewers mistook her remarks and thought Foxx couldn't "get it up" during the scenes, suggesting he wasn't able to get aroused.

But Foxx was all smiles on Sunday when he joined Halle Berry at the launch of Beauvais' latest children's book I Am Living in Two Homes at the Zimmer Children's Museum in Los Angeles.