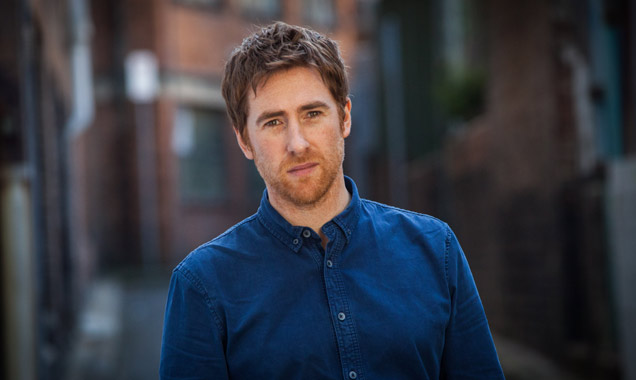 An Interview with Jamie Lawson

For ten years, Jamie Lawson has been writing and releasing music on a budget, releasing two albums and a smash hit single a couple of years ago. That single, 'Wasn't Expecting That', which has subsequently exploded in Australia and New Zealand. Having now been signed to Ed Sheeran's record label, he's at work on a new album and took some time to talk to us about it, his previous work, his favourite albums of all time, what his plans are for the future.

How are you? How's your day going today?
I'm good, we're in the middle of recording an album, THE album at the moment so it's all good. We're messing with - what're we messing with right now? Percussion weirdness? That can't be a bad day, can it?

How's it coming along?
It's going really well, thanks. We've been here just over a week, we've got another six days left and we're racing through it. It's all come together really nicely.

Is it different to your previous albums?
Yes, it is. I'd say it's a bit bigger and a bit more upbeat, for want of a better word. And I think the songs are stronger too, so I'm really looking forward to: A - finishing it, and B - other people hearing it.

Do you have a favourite track on it already?
At the moment there's a couple, actually. There's a song called 'Still Yours' that I like a lot, and a track called 'Don't Let Me Let You Go', which I wrote with Amy Wadge, who co-wrote 'Thinking Out Loud' with Ed Sheeran. I think they've come out really well so far.

'Wasn't Expecting That' is blowing up in Australia and New Zealand - were you expecting that?
Well, it "blew up" as you say, in Ireland a few years back now. I kind of hoped at the time that it would take off elsewhere but it never did, so it took a couple of years for it to go anywhere else, until this new deal came along, really. So the fact that it's doing so well in Australia has been a bit of a shock, but it's amazing, really. It's strange and beautiful.

You've been part of the music industry for a few years now - what was your first release?
I made an album called 'Last Night Stars' about ten years ago now, I think.

So is this all business as usual, or is it more uncharted territory?
Well, it's business as usual in terms of the fact that it's making music - that's kind of all I've done. We're definitely in slightly different circumstances because we're at the moment in a residential studio, so we've got nearly two weeks here just burying ourselves away and coming out with a record at the other end, whereas in the past it's definitely been studio time where I could get it - when I could get it, on favours. Because I never really had any money to make records, but this has a budget, which is a rare, unusual thing that I'm trying not to waste.

Does that make it easier, or are there unseen difficulties with that?
To be honest, it makes it easier because you get into a certain mode and you stick there. When things aren't working, you get to fix them very quickly, whereas before if something hadn't worked it might be a couple of months before you could do anything about it. And that brings other problems, with listening to things too much and we don't get that sort of chance now; you just put things right, or get it right first time. I'm really enjoying it.

You're the first person to be signed to Ed Sheeran's label - how did you get involved with him in the first place?

I got asked just about a year ago, to do a support slot for Ed in Dublin when he was doing his really small secret show. We had met before; before he was very famous. Somehow he remembered me and asked for me to do it. From that, he took me on part of the UK tour and part of the Europe tour, and I think over that time he'd been thinking about making a record label for a while - that was always part of his plan - and I think he just put me forward for it, really. He asked me how I'd feel and if I'd do it and it seemed like a no-brainer in a way. He's someone who's got great taste in music, I think; he's very eclectic. He is a rare solo artist in the fact that he's playing such massive venues, and he really likes what I do so that seemed like a good thing to step in with.

Did he have any words of wisdom when you got more involved with him?
His advice was just 'be yourself'. His main philosophy was 'no one can make a better Jamie Lawson record than Jamie Lawson'. So it was just 'be who you are and do your thing and it'll be fine. You're very good. It's alright.' So it was more encouragement than anything else. It was very kind of him.

The two of you have very complimentary styles - did you feel that audiences wanted that when you were opening for him on stage?
I think so. I think I would be more of the traditional song-based side of what he does, because he's got quite a lot going on with his loops and his rapping and also his songs, and it's quite broad for what he does, and I'm more of a general singer/songwriter. But I think they probably complement each-other well; I hope so, anyway. They seemed to get a very good reaction wherever I've been with so far. His fans tend to like it, so that's good.

You recently released the video for 'Wasn't Expecting That' - have you shot many videos before?
I'd done a couple - three, actually. Again, two of those were pretty much homemade jobs. For 'Wasn't Expecting That' we only had about six hours to do my bit, because that was on a gig day. It was all very last minute with the thought-process. It was put together in about a week - if that - from recording it, so it was a very quick process. I'm really chuffed with it.

Are you self-producing the album or do you have someone else in the studio with you?
We're working with a guy call Will Hicks. He's been working with Ed on his new record and did a couple of things for his last album so I was introduced to him and asked to do some demos last year. We seemed to be on the same page and click about what the songs would need when they got bigger. He's been working really hard getting this done, and so far so good!

What sort of things make a really good album for you?
Well, obviously a good song is always helpful. So it's kind of songs and musicianship and people who are understanding of what you want to do and putting your ideas across, and the feeling of it, really; the feeling of the songs - and trying to get that over - is quite difficult. But so far I'm really happy with how we've done it; hopefully others will be too.

What would you say is your favourite album of all time?
R.E.M.'s 'Automatic for the People' - that's probably one of my favourite records - Michael Jackson's 'Thriller' - that's some record - Crowded House's 'Together Alone' - that's brilliant, fantastic record.

Do you try to capture what makes those albums so special to you in your own work or do you always go for a different route?
Well, I think of those people like Crowded House or R.E.M. while I'm writing, and if I'm stuck on a Middle Eight I would think 'what might they do in this situation?' Where recording is concerned, not so much. I try to get my ideas across in terms of warmth, like 'I need this to feel warm' or 'I need this to feel kind of brittle' or 'I need this sound to be on-edge'; it's more of a visual kind of thing for me, more than 'I'd like it to sound like R.E.M.'s this or that'. I don't wanna be that direct in a reference, really. I have no problem listening to stuff as a reference, but you want it to be yours at the end of the day.

What's the ideal place for you to go to from here?
The 'ideal place'? A beach. A beach with a nice warm sea - that would be ideal! In actuality, I think the single gets put to radio pretty soon - 'Wasn't Expecting That' in Europe and then in the UK - so I think there will be a lot of promotion behind that, and then hopefully sooner-rather-than-later some shows and things. Obviously I'm doing Croke Park with Ed in Dublin, so I'm really looking forward to that, and I've got a headline gig in a week in London, so it's gonna be a busy time, but it's nice to be busy after a while of really trying to get through. It feels really positive to be as busy as we are at the minute.

Where can people hear you next?
We're doing The Great Escape and a few more festivals - Dot to Dot and Splendour - then we're playing with Taylor Swift in London at the Hyde Park gig. And then there will be tour dates in November, so that should be after the album is out - exciting times! 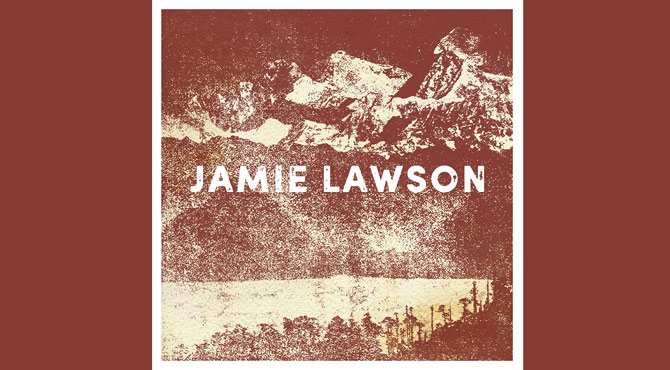