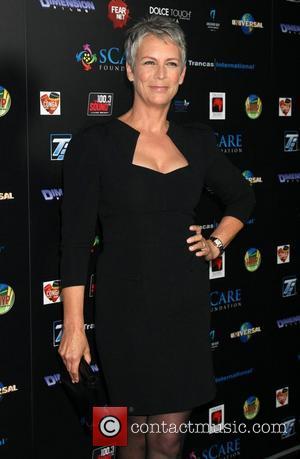 It's not often that Jamie Lee Curtis makes TV appearances but on Tuesday night, Curtis rejoined her former Freaky Friday co star Mark Harmon on screen in the hit show Ncis (or Naval Criminal Investigative Service). Jamie Lee Curtis appeared in the show, playing the role of Dr Samantha Ryan. Her character, according to CBS News, has been recruited by the Ncis to look into the apparent suicide of a Navy reservist. And there's more than a hint of romantic attraction between Dr Ryan and Leroy Jethro Gibbs, the Special Agent in Charge, played by Mark Harmon.
Curtis and Harmon both appeared in the 2003 comedy Freaky Friday together, along with Lindsay Lohan playing Jamie Lee's daughter. Jamie Lee Curtis told Entertainment Tonight that she and Mark Harmon were very close friends: "I'm very fond of him and he's very fond of me. That's just a given." Curtis appearance in the show has caused a stir amongst TV viewers, not only because it marks a rare small screen appearance for the Halloween star but also for the onscreen chemistry between the two actors.
Jamie Lee Curtis is the daughter of two legendary Hollywood actors; Janet Leigh and Tony Curtis. She first came to prominence as an actress in 1978, with the release of the cult horror movie Halloween, a role that she reprised twenty years later with Halloween H20