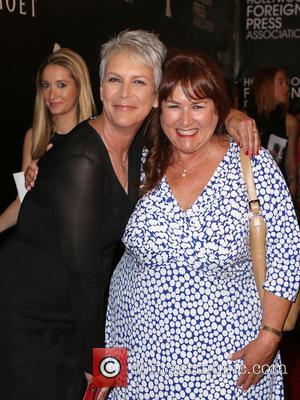 The Halloween star plays the Dean of a university which is plagued by a series of murders, and in one of the upcoming episodes, Curtis pays homage to her mum by recreating the iconic scene from the 1960 Alfred Hitchcock movie.

The actress, whose father was actor Tony Curtis, tells Variety.com, "My entire life I have refused to step into the shower because it belongs to my mother. I have attempted to step out of the shadow of my parents for a long time."

However, when Scream Queens co-creator Brad Falchuk pitched the idea of recreating the black-and-white scene to Curtis, she felt like it was the right time to pay tribute to her mother, who passed away in 2004.

Curtis adds, "It felt like they're both gone, and enough time has passed... He (Falchuk) said 'If we're going to go for it, let's go for it. Let's be accurate as we can'. And we did.

"This role has appeared in my life. It's unexpected and delightful."