Why Has Jamie Oliver Only Read One Book?

Jamie Oliver, 38, just finished reading his first novel 'Catching Fire' the sequel to 'The Hunger Games' - despite having his own 17 books published. 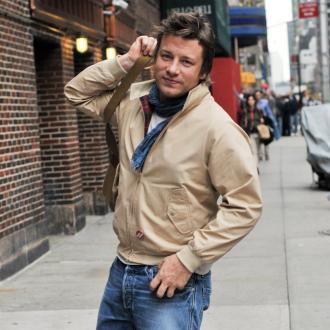 The 38-year-old celebrity chef suffers from dyslexia and has ''never got through a book'' until he became hooked on Suzanne Collins' 391-page novel 'Catching Fire', which is the sci-fi sequel to 'The Hunger Games'.

Speaking at the weekend, he said: ''I'm dyslexic and until recently I'd never got through a book. But I read 'Catching Fire'. I loved disappearing into a story.''

Jamie - who has 17 books of his own published - previously admitted his lack of reading sounds ''incredibly ignorant'' but put it down to dyslexia and admitted he gets ''bored easily''.

The TV chef came close to finishing 'Kitchen Confidential' by Anthony Bourdain - which took a behind-the-scenes look at restaurant kitchens - but refused to finish it after the author was heavily critical of him.

Dyslexia affects 10 per cent of the population and makes it more challenging for people to process information, consequently making reading, spelling, maths, memory or organisation difficult - however, the condition doesn't affect intelligence.