Picture: Jamie Waylett UK Premiere of 'Harry Potter and the Order of the Phoenix' held at the Odeon Leicester Square London, England - 03.07.07

Harry Potter star Jamie Waylett has been ordered to stand trial over his alleged part in the London riots in August (11).
The 22 year old, who starred as bully Vincent Crabbe in the wizard franchise, is accused of handling a petrol bomb during clashes in the Chalk Farm area of the city.
Waylett has been charged with violent disorder and also faces allegations he received a bottle of champagne which had been looted from a supermarket.
The star, who denies the charges, appeared at Highbury Corner Magistrates' Court for a committal hearing on Thursday (10Nov11), and Deputy District Judge Richard Hawgood ordered him to stand trial.
He told Waylett, "I am committing you for trial which will take place at Wood Green Crown Court."
The actor was released on bail on the condition he lives and sleeps every night at his home in West Hampstead. 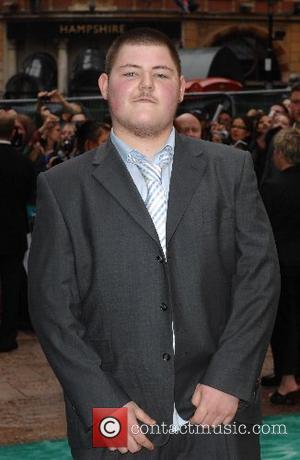