Veteran Actress Jane Fonda Has Taken Aim At Bill Cosby Amid His Ongoing Sex Assault Scandal, Insisting The Embattled Comic Deserves To Be Locked Up. 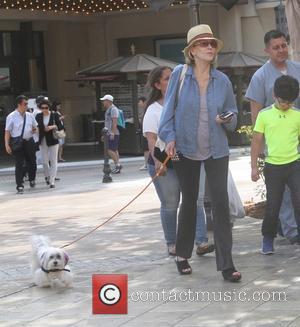 More than 50 women have gone public in the past year with decades-old accusations of inappropriate behaviour and rape against The Cosby Show star, but he has never been charged with any crime relating to the allegations.

Fellow comedian Damon Wayans weighed in on the fall-out during a New York radio interview on Friday (04Sep15), and risked incurring the wrath of rape crisis groups by dismissing the whole case as nothing but a "money hoax".

Wayans said, "If you listen to them (accusers) talk, they go, 'Well, the first time...' The first time? B**ch, how many times did it happen? Just listen to what they're saying and some of them really (are) unrapeable (sic)."

Feminist icon Fonda was asked for her thoughts about Wayans' comments by a TMZ.com paparazzo in Hollywood on Sunday night (06Sep15), and the Barbarella star made it clear she didn't agree, shaking her head and stating, "That is bad..."

She then attacked Cosby himself over the alleged sex attacks, adding, "Cosby should be behind bars."

Meanwhile, Wayans has been fighting off criticism over his statements via Twitter.com, insisting his words were taken out of context as he also expressed sympathy for any real rape victims during the interview.

He shared a clip of his on air apology online and added, "Stop twisting my words. Watch the entire interview before u condemn me (sic)!"

The news emerges as Cosby, 78, prepares for a deposition in an upcoming sexual assault case on 9 October (15). The embattled actor is due to be quizzed about allegations he acted inappropriately with Judy Huth during a party at the Playboy Mansion in California in 1974, when she was just 15.