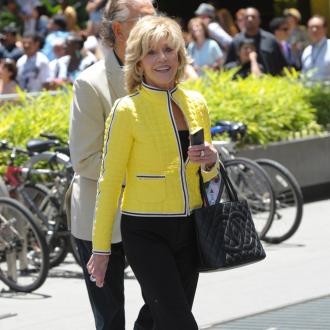 Jane Fonda has been cast in Paolo Sorrentino's 'Youth'.

The 76-year-old actress has a ''a key role in the English-language film that starts shooting at the end of the month'', reports Deadline.com.

Fonda will reunite will Michael Caine who she previously starred opposite in the 1978 comedy 'California Suite' and 1967 'Hurry Sundown'.

The film follows old friends Fred and Mick, who are approaching 80, during a getaway near the Alps.

Fred, a composer and conductor, is retired, but film director Mick is still working and he tries to finish the screenplay for what he believes will be his last important film, while Fred doesn't intend to return to music but someone is keen to hear his compositions.

Fonda - who was catapulted to the spotlight in the 60s with 'Barbarella' and 'Cat Ballou' - last hit the big screen in 'The Butler' and had a cameo in 'Better Living Through Chemistry'.