Jane Fonda: 'I'm Not Proud Of My Plastic Surgery'

Actress Jane Fonda Feels Guilty For Undergoing Cosmetic Surgery To Boost Her Looks As She Aged. 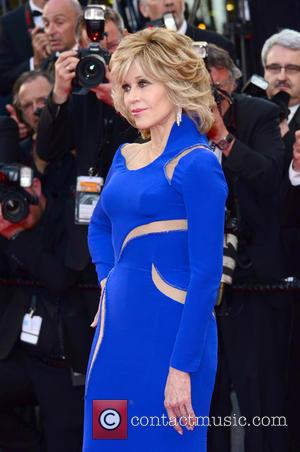 Picture: Jane Fonda - A variety of celebrities were photographed as they took to the red carpet at the 68th Annual Cannes Film Festival for the...

The 77-year-old star hoped to be an inspiration to older women but her sex symbol status in her youth, which she gained after starring in 1968 sci-fi movie Barbarella, meant she felt compelled to go under the knife.

Fonda revealed in 2010 that she had paid for cosmetic procedures on her neck, chin and surgery to remove the bags under her eyes but now she feels bad about the operations.

She tells W Magazine, "I had a vision: I wanted to give a cultural face to older women. I did have plastic surgery. I'm not proud of the fact that I've had it. But I grew up so defined by my looks. I was taught to think that if I wanted to be loved, I had to be thin and pretty. That leads to a lot of trouble...

"I'm older now, and I have to be more self-conscious. When you're young, you can get away with more. I always thought that being self-conscious was a negative. But now I feel differently."