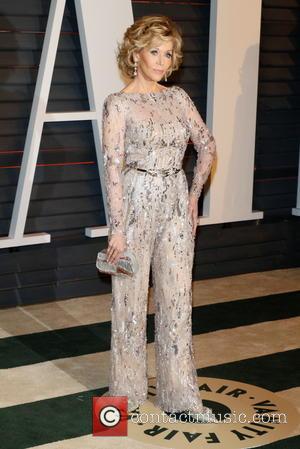 Picture: Jane Fonda - A host of stars were photographed as they attended the Vanity Fair Oscar Party which was held at the Wallis Annenberg Center...

The Barbarella star went naked to pay tribute to her longtime friend in a video message which was played at Handler's 40th birthday party on 28 February (15), according to the New York Daily News.

A source tells the publication, "She received a wild message from Jane Fonda. It was Jane in a six-second video of herself, naked, on all-fours, sending Chelsea a birthday message greeting."

The party raged until the early hours of the morning, and police were reportedly called to the house to investigate a noise complaint.