Dr Jane Goodall, Disneynature’s ambassador and pre-eminent primatologist and zoologist, spoke about the background of the film at its red carpet premiere of the film in New York City on April 8th. She said that it promised to show a different side to China than the impression that most Westerners might hold about the country.

“I think, first of all, that people have a certain perception of China as being all built over, full of smog,” she explained. “They’re thinking of Beijing and Shanghai and so on. This film shows all the amazing wild and beautiful places.” A primate moves in the snow in 'Born In China'

“People think of China and pandas, sitting in captivity and eating bamboo. They don’t think about pandas out in the wild who were eating their cubs,” she continued, pointing out that the real wild is often savage, something that the film isn’t afraid of shying away from.

Asked about what visual highlights people can expect to be wowed by in the 76-minute long film, Dr. Goodall described the golden monkeys in particular as “enchanting”.

Watch the trailer and clips for Born In China:


“They’re going to be staggered to see the snow leopard, because the footage is absolutely extraordinary,” Goodall said, before adding “they’re going to be absolutely enchanted to see the golden monkeys. They look so beautiful, with their colours and shapes, and then when you get close up their faces are just, not exactly beautiful, but just comical!”

“By staying long enough, Disney is able to share those characters with the audience. It’s also special because some of the proceeds will go to organisations who are working to protect the animals in the natural world.” An adorable baby monkey in 'Born In China' 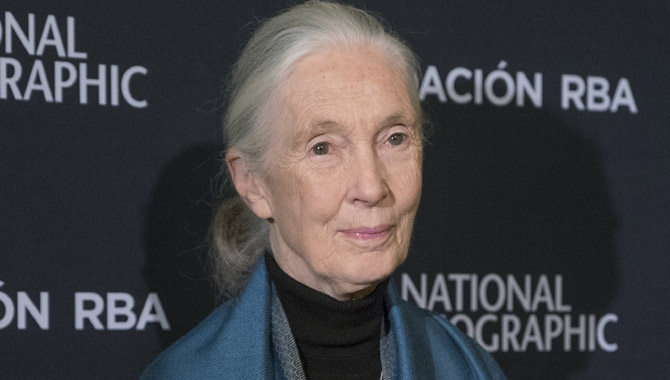