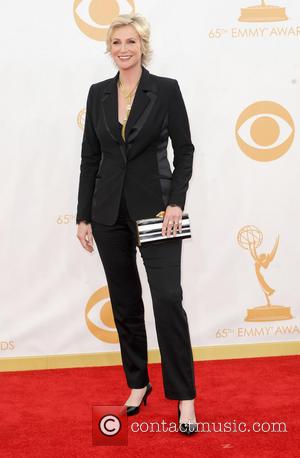 Actors Jane Lynch and Matthew Morrison have filmed a public service announcement (Psa) warning fans about the dangers of drugs after losing Glee castmate Cory Monteith to his addiction issues.

The sombre ad aired on America's Fox network on Thursday night (10Oct13), immediately after a Glee tribute episode dedicated to the tragic actor premiered in the U.S.

The clip, called Our Friend, also featured fellow castmate Kevin MCHale and was recorded on the set of the hit Tv musical comedy.

In the Psa, Lynch says, "Our friend Cory didn't look, or act like an addict. He was happy, successful and seemingly had it all."

Morrison adds, "Addiction is a serious disease that can hide in plain sight but no one needs to fight it alone."

The Psa ends with MCHale providing viewers with contact information for those in need. It closes with a black and white shot of Monteith.

The Canadian star died from a drug and alcohol-related overdose in July (13).

The Glee tribute episode gave the show its highest viewing figures in years, with almost 7.5 million viewers tuning in to see the emotional special, which served as both a memorial to the tragic actor and his character Finn Hudson, who was killed off on the show.