Glee Star Jane Lynch Getting A Divorce From Lara Embry

The star is open and honest, but wants privacy following her split 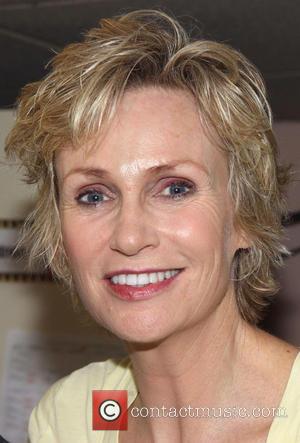 Glee’s Jane Lynch and Lara Embry are officially getting divorced. The pair have been married for three years, but have decided to call it a day on their marriage.

Lynch revealed the news to People Magazine, telling them how their relationship had become increasingly difficult to manage over recent years and that the two had decided to end things mutually in the end. She said, “Lara and I have decided to end our marriage. This has been a difficult decision for us as we care very deeply about one another,” Lynch said in a statement posted on the magazine’s website. “We ask for privacy as we deal with this family matter.”

Lynch is also the stepmother to Embry’s daughter, Haden, and although the pair are ending their marriage, Jane plans on being a part of the child's upbringing. "My greatest pleasure is Haden, my stepdaughter," she told People last March. "I am surprised how much love you feel and how you would do anything for your children."

Famous for playing the hilariously hard-nosed gym teacher Sue Sylvester, but enjoyed a great turn recently in Wreck It Ralph, lending her considerable voice to the character of Sergeant Calhoun. Like in Glee, Calhoun begins as a tough character, but mellows with age until becoming a thoroughly likable character.

And that’s not the end of the voice roles for Lynch, either; she’s set to play another Sue – this time in Dino Time - and she’s also providing the vocals for Margaret Knowhow in Abominable Christmas and Lo in Escape from Planet Earth. Lynch has ended her marriahe with Lara Embry The split was an amicable one