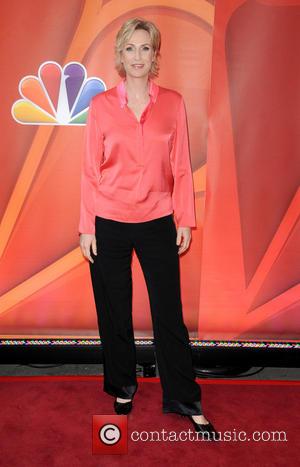 Jane Lynch turned to her Glee co-star Darren Criss for advice on tackling the Broadway stage following the hunk's successful theatre stint as Daniel Radcliffe's replacement in hit musical How To Succeed In Business Without Really Trying.

The 26 year old won rave reviews for his portrayal of businessman J. Pierrepont Finch in January, 2012, and Lynch reveals she called on him for tips after accepting an offer to play orphanage manager Miss Hannigan in a New York revival of the musical Annie - and make her debut on Broadway.

The comedienne, who will hit the stage for the first time on Thursday (16May13), tells the New York Daily News, "He told me to concentrate on the show, and to let everything else go by the wayside. He said, 'Get yourself a team'. I don't have an assistant or a driver. But I do now."

The actor also suggested Lynch invest in a good humidifier to protect her voice.

She adds, "I have to keep my vocal cords moist."