Janelle Monáe: Paying homage to Bowie was a dream 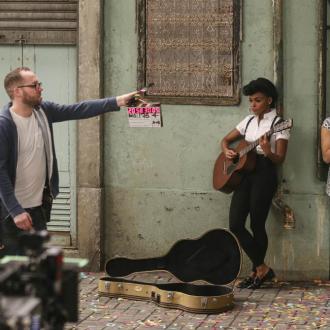 The R&B singer appears in the commercial as a busker, singing Bowie's famous track 'Heroes' for small change, and she was thrilled to have been chosen to take part.

She said: '''Heroes' is one of my favourite David Bowie songs, he's just the coolest artist out there, so to be able to cover the song and to pay homage to him is truly a dream.''

The advert, part of the brand's Now Is What You Make It campaign, ties in with the World Cup and was filmed in the streets of Rio, where this year's competition will take place.

Janelle, who was nominated for International Female Solo Artist at this year's BRIT Awards, continued: ''I love everything the film stands for. To me, it is all about that extraordinary burst of courage and passion which can embolden everyday people in a moment of spontaneity, which is also the message of David Bowie's venerable song.

''I was honoured to join Pepsi for this campaign and remind people that now more than ever, we can all be heroes.''