The singer was attempting to deliver a speech about police brutality after her performance on ‘The Today Show’. 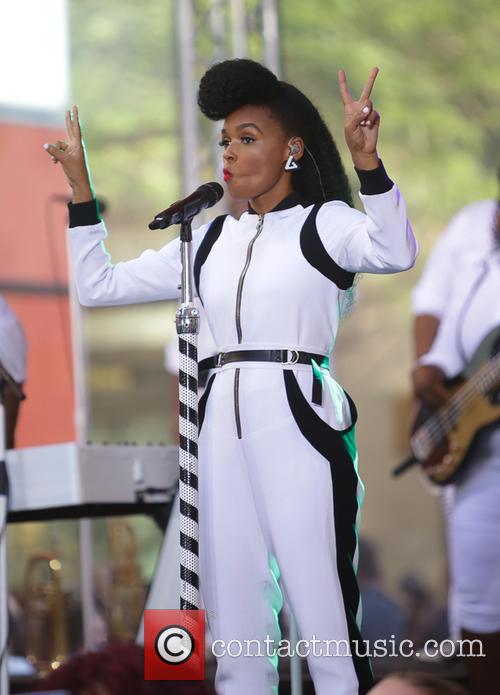 Janelle Monáe was cut off by NBC after a performance of 'Hell You Talmbout’.

Monáe was joined by her Wondaland labelmates Jidenna, Deep Cotton and Roman GianArthur for the performance which took place outside NBC headquarters in Manhattan. After her rendition of 'Hell You Talmbout’ Monáe began her speech which addressed the recent incidents of police brutality in the US.

However before she had finished anchor Savannah Guthrie began speaking over her, saying, "We’ll have much more from Janelle Monáe … coming up.” 'Hell You Talmbout’ features many of the names of those who have died in incidents with the police including Eric Garner, Walter Scott, John Crawford, Freddie Gray, Sandra Bland and Michael Brown. The song also features the repeated refrain, “Say his name” or “Say her name”.

Writing about the song on her Instagram page Monáe said, ‘This song is a vessel. It carries the unbearable anguish of millions. We recorded it to channel the pain, fear, and trauma caused by the ongoing slaughter of our brothers and sisters.’

‘We recorded it to challenge the indifference, disregard, and negligence of all who remain quiet about this issue. Silence is our enemy. Sound is our weapon. They say a question lives forever until it gets the answer it deserves... Won't you say their names?’ Last week the singer led led a march in Philadelphia in support of the Black Lives Matter movement.

Network NBC is yet to comment on the ‘Today Show’ incident, but videos of Monáe performing ‘Tightrope’ and ‘Yoga’ but not 'Hell You Talmbout’ are available on the show’s website.