Janelle Monae suffered anxiety attacks while recording 'Dirty Computer' because she was so concerned about the political climate in the US at the time. 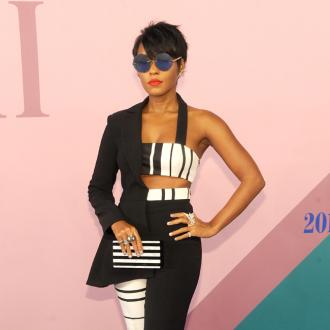 The 34-year-old singer admitted working on the 2018 album was tough because of the political climate in the US at the time due to US president Donald Trump.

She told NPR: ''It was one of the first times I felt very afraid. There was a lot going on in the country during that time and I didn't know if this was going to embolden them, at the time, to do something to people like me who were speaking out against racism and sexism and xenophobia and Islamophobia, and everything that they represent. I just didn't know.

''So I started to just have anxiety attacks about it, and I'm thankful I didn't let that stop me, because I think what that album represented, especially one of my songs, 'Americans', ... deals with that. It deals with how I'm not going to back down and we're not going to back down and become silent and quiet and watch this president tear this country apart and tear down the people that helped build this country.

''My ancestors built this country. They helped build the White House. And so that just says: I'm American and you will never take that away from me. And we're not running, we're not hiding. We're not allowing you to dominate us.''

Janelle also spoke about working with Prince on the record before his death from an accidental drug overdose in 2016.

She said: ''He was working with me on 'Dirty Computer' before he transitioned on. Prince was helping, sending me song inspirations and we were going back and forth.

''And so when he transitioned on, I felt that I had to continue to finish that album. And I was always asking myself, 'What would Prince do?' in these moments whenever I couldn't figure out a lyric or music or instrumentation or melody.''