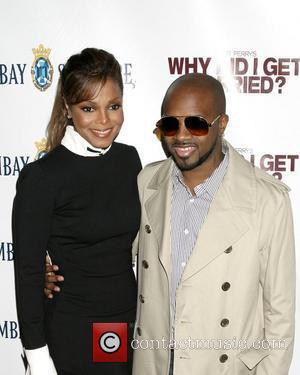 Picture: Janet Jackson and Jermaine Dupri 'Why Did I Get Married?' screening held at the Bryant Park Hotel - Arrivals New York City, USA -...

Janet Jackson insists pop superstar Mariah Carey is the biggest diva she's ever met, but says the term isn't derogatory at all. The pair are currently working on a duet together and Jackson was amazed by Carey's presence in the studio and her recording demands. Despite her own prima donna claims, Jackson is adamant her behaviour doesn't compare to the WE BELONG TOGETHER hitmaker's. She tells US TV personality Ryan Seacrest, "I think Mariah wins the cake. "You know, a lot of people look at that as something being very negative, but I don't look at that as negative at all. She's very grand. She's like my sister. My sister LA TOYA's grand. Like, if they were to meet, they'd hit it off immediately."