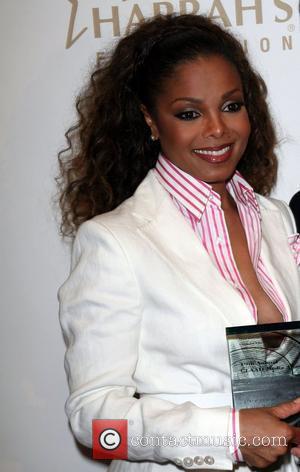 Pop star Janet Jackson celebrated the completion of her latest single, CALL ON ME, by having a girls night out in Hollywood. The newly svelte singer partied on Tuesday night (11JUL06) at celebrity hot spot Element and showed off her sexy new curves by wearing tight jeans, a white shirt and black hat. The ALL FOR YOU star spent a long night in the studio putting the final touches on the new single, which features rapper Nelly and a sample from the S.O.S. band, and decided to let loose with her pals at the trendy night club. Jackson sipped on apple martini's while she waited for her music producer boyfriend Jermaine Dupri to arrive and join the party.