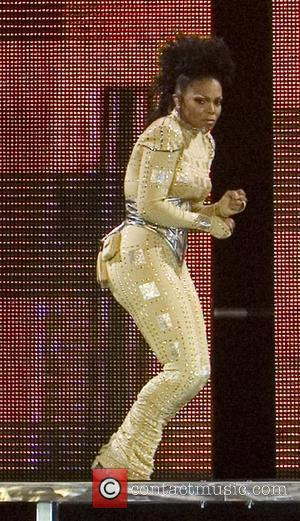 Janet Jackson was overcome with emotion as she launched her Rock Witchu tour in Vancouver, Canada on Wednesday night (10Sep08), openly sobbing onstage during one fan-appreciation session.
The pop superstar unveiled her first tour in seven years with a series of hits fans had chosen via a phone-in message service Jackson had set up for concert requests.
And she was so blown away by the response from fans, who cheered and screamed throughout her first show she was caught fighting back tears.
The high-energy concert featured 36 hits from her 30 years in the business and fan-pleasing moments, which included a bondage and sadomasochist segment, where she was joined onstage by a nervous concertgoer.
The concert also featured pre-recorded footage, which allowed Jackson to virtually duet with rapper Nelly and rocker Dave Navarro.