Jackson Forced To Clear Up Baby Rumours With Ex-husband 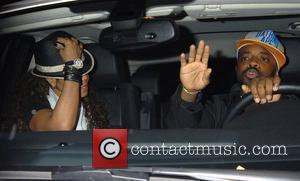 Pop superstar Janet Jackson has had to convince her ex-husband she hadn't given birth to a secret child with him, because of media rumours. Jackson has been defending herself against the gossip, spread by a former in-law, for years, insisting the young girl everyone thinks might be her daughter is actually her niece. But the rumours are so persistent, her ex-husband JAMES DEBARGE, who is rumoured to be the father of the child, came forward and asked Jackson to reveal the truth. She says, "He and I have actually talked about it. He said to me that his mother actually mentioned it to him so much, he had to ask me about it. "(He was) like, 'You wouldn't do that (lie), would you?' I had to tell him, 'If I'd had a baby, you would know.' I would never keep a child from its father." Jackson admits she's now seriously thinking about becoming a first-time mum after finding her soulmate in record producer Jermaine Dupri. And she reveals she's had plenty of offers to impregnate her. She adds, "People offered to help me out after my divorce but now I would really love to experience motherhood."