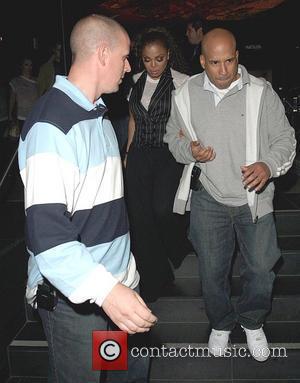 Janet Jackson insists boyfriend Jermaine Dupri didn't mind the fact that she gained weight for a film role and actually loved her fuller figure. The CONTROL star gained a reported 60 pounds (27 kilograms) for a part in a movie, which fell through at the last minute. The 40-year-old appeared on yesterday's (10NOV06) Ellen Degeneres SHOW, and she talked about Dupri's love for her formerly voluptuous shape, saying, "He loved it! He likes my true self. "It's unconditional love there, so he was always grabbing my extra stuff and looking into my eyes and telling me that he loves me and it (the weight) needs love, too and then he'd kiss me and smile at me." DeGeneres said, "That's adorable!" Jackson replied, "It really was, and I never had that before in a relationship." When DeGeneres asked whether she and Dupri are getting married Jackson added, "If that's what he wants to do." The talk show host then surprised Dupri by calling him on his mobile phone and asking him if he wanted to marry Jackson. Although he was caught off guard, Dupri was a good sport and replied, "Yeah, of course!"