Jackson Returns To The Stage In New Orleans 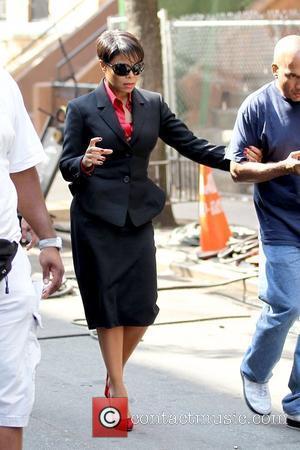 Janet Jackson returned to the live music scene for the first time in two years with a concert in New Orleans, Louisiana on Friday night (02Jul10).
The singer marked her comeback with a full show at the Louisiana Superdome as part of the Essence Music Festival, thrilling fans with hits including Again and Nasty.
Jackson even included some audience participation in her set by pulling a delighted fan onto the stage for a saucy routine, which saw the man strapped into a straitjacket and teased by the star, who was wearing a sexy flesh-toned body suit and carrying a whip, according to the Associated Press.
The singer has made several brief appearances onstage since the death of her brother Michael, including a tribute to her superstar sibling at the MTV Video Music Awards last year (09), but she has not played a full show since her troubled Rock Withchu Tour ended in 2008.
The tour was marred by problems including the singer's ill health, which forced her to cancel seven dates in the U.S. and Canada. The Japanese leg of the trek was also scrapped due to the global economic crisis.