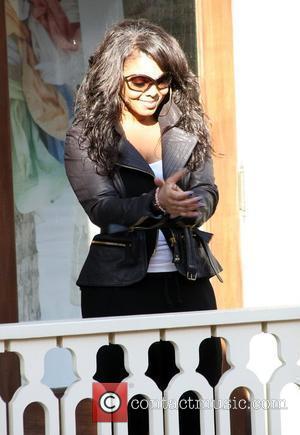 Janet Jackson was stunned by her 'flashmob' dance tribute at The Grove in Los Angeles on Saturday (14Nov09), when hundreds of fans responded to a Twitter.com alert and showed up to perform the NASTY singer's routines.
The shopping mecca was one of three L.A. locations for the dance-off - and the only one Jackson herself attended.
And she admits she'll never forget her first visit to The Grove.
She says, "I've never been to The Grove and there was this balcony and I happened to walk out and there was just this sea of people... and I'm seeing all these kids doing the steps to the different songs, the different routines... They were all in sync.
"It was really cool, really really cool."
The event was organised to coincide with the release of the singer's hits album Number Ones, which hits stores on Tuesday (17Nov09).