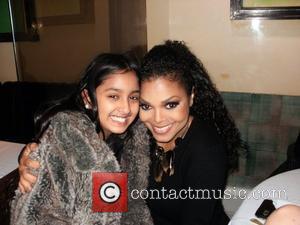 Janet Jackson's infamous Super Bowl wardrobe malfunction is hitting headlines again - U.S. judges are re-examining the $550,000 (£343,750) fine initially levelled at America's CBS TV network.
CBS bosses aired the half-time performance at the 2004 American football game, during which Justin Timberlake ripped off part of Jackson's top to reveal an almost bare breast.
The original indecency case was thrown out on the grounds the breast-baring incident, which lasted nine-sixteenths of a second, was too fleeting to warrant a fine.
But the issue returned to court last May (09), when a U.S. Supreme Court judge asked for the fine to be reconsidered, directing officials at the 3rd U.S. Circuit Court of Appeals in Philadelphia, Pennsylvania to re-open the investigation.
Proceedings to consider whether the Federal Communications Commission (FCC) fine is permissible began on Tuesday (23Feb10).