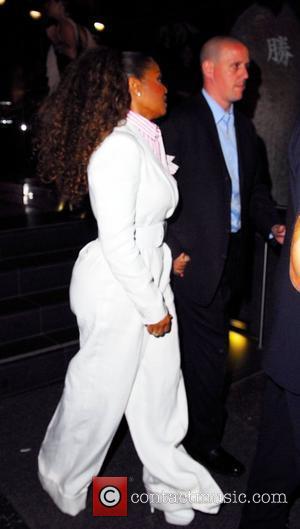 Picture: Janet Jackson leaving Katsuya nearly falls down the stairs when she gets her foot caught in her wide-leg trousers. Luckily she had a minder at...

Janet Jackson's infamous breast-baring wardrobe malfunction at the 2004 Super Bowl has topped a list of celebrity scandals. The singer was performing a duet with Justin Timberlake during half-time at the American football final when she accidentally flashed a breast. Second on the list, compiled by editors at American magazine Entertainment Weekly, is Mel Gibson's anti-Semitic outburst during his July 2006 drink-driving arrest. At three is the 1992 U.S. TV appearance by Irish singer Sinead O'Connor, who infamously tore up a picture of the late Pope John Paul II during a performance on Saturday Night Live. The top five is rounded out by Hugh Grant's 1995 arrest for engaging in "lewd conduct" with prostitute Divine Brown in Los Angeles, and Michael Jackson dangling his son Prince Michael II over a hotel balcony in Berlin, Germany in 2002.