Janet Jackson And The Smiths Nominated For Hall Of Fame Honour

Janet Jackson, The Smiths And Chic Are Among The Acts Nominated For Induction Into The 2016 Rock And Roll Hall Of Fame. 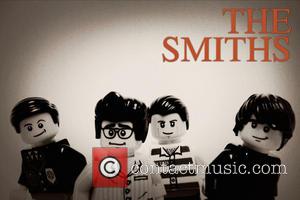 Picture: The Smiths - Adly Syairi Ramly, a self-proclaimed music and LEGO junkie, has transformed the toy brand's famous figures into some of the world's most...

The Together Again singer has landed the honour for the first time, alongside Chaka Khan, Cheap Trick, The J.B.'s, Chicago, The Cars, Los Lobos and Steve Miller, as a solo artist.

The Smiths, Nine Inch Nails and Yes have previously been up for induction, while Chic have been nominated 10 times.

Rap group N.W.A. landed a spot on the longlist for a fourth time, while Deep Purple and The Spinners are on their third nod.

The shortlist, comprised of five acts, will be announced in December (15) and the honourees will be inducted into the Hall of Fame in a ceremony in Cleveland, Ohio in April (16).

Green Day, Lou Reed and Joan Jett & The Blackhearts were among inductees this year (15).