Janet Jackson has reached out to her fans and released a statement apologising after some Instagram users had their accounts shut down for posting photos and recordings from her 'Unbreakable World Tour'. 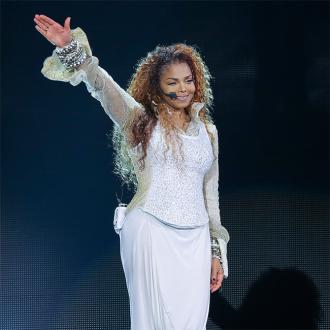 Janet Jackson has apologised to fans who had their Instagram accounts shut down after posting footage from her 'Unbreakable World Tour'.

The pop superstar reached out after it was reported yesterday (21.10.15) that some users of the photo sharing app had their accounts deactivated for uploading videos and images of Janet performing at her concerts.

Janet has now released a statement on Twitter where she explained that posting long video clips of her concerts causes a ''contractual problem'' but that it was never her ''intention'' for the accounts to be closed.

The 'Scream' singer also encouraged her fans to keep uploading short videos and photos from her shows.

She wrote: ''Hey you guys, I have been listening ... I love and appreciate my fans. I want you to know that I enjoy watching the short video clips of how you are 'Burning It Up' at the 'Unbreakable' shows. Please keep posting them. My team is passionate about protecting the intellectual property we are creating for the tour and possible future projects. It was never their intention, acting on my behalf, to have social media accounts removed. Permitting the use of long clips does present a contractual problem for these projects.''

Janet, 49, added that she loves her fans and wouldn't be where she is today without them and assured them they could still share content from the tour.

She continued: ''I hope you understand. I trust the fans will use their short recordings for their own memories and to share on their social media networks of choice. I have asked my team to change their approach and allow you to engage socially with these videos. I know I wouldn't be here without the love I stand on.''