Janet Jackson Was Overcome With Emotion As She Kicked Off Her Comeback Tour In Vancouver, Canada On Monday Night (31aug15), When She Debuted A Brand New Song With Missy Elliott And Paid Tribute To Her Late Brother Michael. 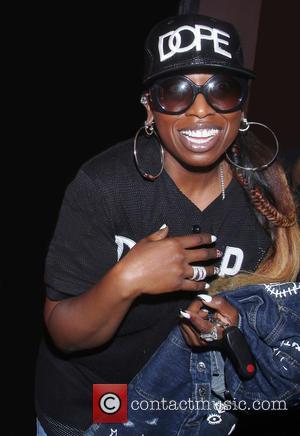 The Nasty superstar opened the Unbreakable World Tour, her first trek in four years, at the Rogers Arena by premiering the new collaboration, which sent fans into a frenzy at the top of the show.

Moved by the standing ovation she received as she caught her breath at the end of the new track, which is believed to be called Burn It Up and was produced by Jackson's longtime pals Jimmy Jam and Terry Lewis, Jackson appeared to tear up.

She then showed off her signature dance moves as she ran through a hits-packed set, performing tracks such as Control, What Have You Done for Me Lately, Pleasure Principle, Rhythm Nation, All for You, That's the Way Love Goes, and her recent single, No Sleeep (sic), while she also honoured the King of Pop, Michael Jackson, with a rendition of their 1995 duet Scream.

Missy Elliott, who had sent "positive vibes" to the singer ahead of the tour opener, later returned to Twitter to rave about their new collaboration, branding the song a "clubbangger (sic)".

The tour is designed to promote Jackson's upcoming album, Unbreakable - her first since 2008's Discipline.