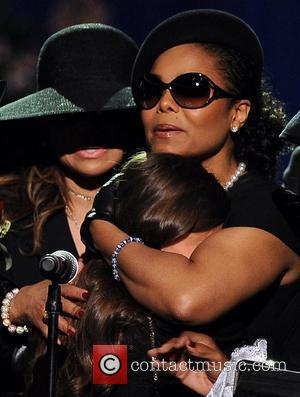 Janet Jackson has teamed up with her brother MICHAEL from beyond the grave to record a new track for her upcoming greatest hits compilation.
The siblings duetted on hit dance track Scream, which also appears on the new Number Ones album, but few fans knew the pair had collaborated on another tune, titled Make Me, which will close the two-CD set.
Very little is known about the new track, apart from the fact it was recorded last year (08).
Jackson's new hits package will be released in November (09).