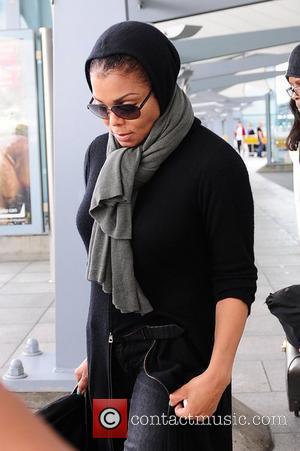 Raven-symone missed out on the chance to talk to R&B superstar Janet Jackson backstage at a recent U.S. concert - because the actress became so starstruck she burst into tears.
The former child star has long been a fan of Jackson's and attended one of the Nasty hitmaker's shows earlier this year (11) with her mother and manager.
But Symone botched her opportunity to hang out with her pop idol after the gig and ended up sobbing all over the singer.
She tells Sister 2 Sister magazine, "I met her - well, I didn't meet her, I just, like, cried all over her. I went to her concert... I was a hot mess.
"I looked at her (backstage) and said, 'I can't do it!' I ran and went to go sit in the back of a truck and her band conductor said, 'Raven, what's wrong?' I said, 'She's so beautiful; I can't take it.' And my mum called me out. She said, 'Girl, get your butt back here and take a picture with Janet!'
"(There's) something about the Jackson family, their aura, their energy, it overwhelms you. Especially if you're a fan."
But the former The Cosby Show star is hoping she can conquer her emotional problems to one day portray Jackson in a movie biopic.
She says, "My dream role is to play in Janet Jackson's life story, if I could ever talk to her without crying. If I could actually meet Janet and not cry and run away and make a crackhead of myself, then I'd like to play her."