Celebrity Mastechef is back, but do we already know the winner? 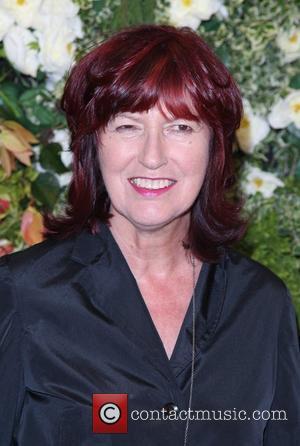 Celebrity Masterchef - one of the most easy watching and addictive programmes on television - is back! It all got underway on Wednesday night (July 31, 2013) with a spurious group of famous chefs including comedian Katy Brand, former Sugababe Heidi Range and Jo Wood. Yes, that Jo Wood. The ex-wife of Ronnie Wood.

However, it was the ballsy journalist Janet Street-Porter who emerged as a potential winner, "She knows how to bone a duck," mused the pensive John Torode as the former newspaper editor went to work on a bird.

Former greengrocer and Masterchef judge Gregg Wallace is known for his blunt dismals of contestant's food - despite seemingly having no credentials to judge good food, other than selling bags of onions in Covent Garden - though even he looked terrified as Street-Porter gave him as much back.

The first challenge was the famous 'mystery box' of ingredients whereby contestants are tasked with dreaming up and cooking a dish with the ingredients at their disposal. A spider crab was the key element here, which Brand managed to turn into a pretty impressive looking ravioli.

Jo Wood's crabcakes got the thumbs up, though it was Street-Porter who excelled. "I eat roadkill," she explained, pointing out that a mystery box of decent ingredients was childsplay, "If I see a pheasant or a rabbit that's been hit by a car, I'll pick it up, pluck or skin it, and eat it."

Next up was the tricky palate test, where the would-be chefs are asked to taste a dish, note down its ingredients and recreate it. Torode cooked a duck soup with dumplings, though Sugababes singer Range mistook it for pork.

Finally, the whole gang headed to the Royal Albert Hall to help prepare a lunch for 100 members of the Cirque de Soleil. Brand and Street-Porter performed strongly, though Wood and Range struggled.

So there you have it. Celebrity Masterchef is back. Rejoice. The contestants in round one of Celebrity Masterchef 2013