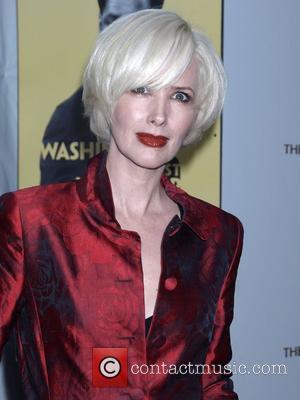 Actress Janine Turner has opened up about her teen romance with Alec Baldwin, revealing she was weeks away from becoming his first wife when they mutually called off their engagement.

The star, who portrayed Maggie O'Connell on cult Tv series Northern Exposure, is now a single mum living on a ranch in Texas, and in an upcoming appearance on Oprah Winfrey's Where Are They Now? show, she reveals all about her battle with booze and how close she came to being Mrs. Baldwin in 1983.

She explains, "I was at an audition... and Alec was across the room and I remember looking at him and he looked at me. We auditioned together and I didn't get the part. So later I asked why I didn't get the part, and they said, 'Alec was so taken with you, he couldn't concentrate!'

"I lost the part but Alec was very persistent... and so we fell in love. I was a good old Baptist Texas girl, so we became engaged. We had the dress, the invitations, the church, everything; and then we called it off."

Baldwin went on to wed Kim Basinger in 1993 and he is currently married to yoga teacher and Tv personality Hilaria Baldwin. Turner never married.