London based metal band Japanese Voyeurs finally give us their debut album Yolk and filled with scuzzy noisy Rock 'n' Roll it was definitely worth the wait. 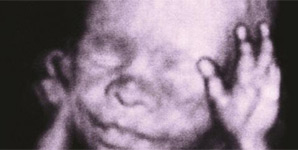 This is the sort of album you wish you made when you were in your shitty 'alternative' band in high school, it's the kind of album successful bands strive their whole careers to make, and it's the kind of album nobody is making right now; apart from Japanese Voyeurs. Yolk isn't fake poser metal, for the sake of it being popular, it's primal and right from opening track 'You're So Cool' you'll be nodding your head, tapping your leg, and singing the words that you don't even know yet.

The druggy female vocals from Romily Alice are fiercely cool and the album only gets better with new single 'Cry Baby' reminding you that Courtney Love isn't the only girl that can carry a decent rock tune. If Giant Drag had grown up in a less sun-soaked environment this is what Annie Hardy would sound like (she already sounds awesome for those who don't know.)

Yolk is a record where the atmosphere is always bubbling over and if people were snakes then 'Smother Me' would have us all charmed. This atmosphere is down to the stellar production by Garth Richardson (RATM, The Melvins, and Jesus Lizard) who makes sure the record has a high definition style to it. This production technique is in perfect coordination with the mixture of heavy rhythm sections, walls of feedback, and melodies that could have come from the mind of Michael Jackson; it's shiny, dark and reflective all in one. Japanese Voyeurs are one of few heavy bands around today that don't compromise their sound to add a catchy chorus; it all works together in perfect symmetry. 'X-Ray Ted' does this in fine style with a heavy bass line and guitar driven freak-out amongst an in your face chorus of "I only want to be an animal."

The musical direction of Japanese Voyeurs is spectacular, but the decisive and driving factor here is the vocals. Alice's performance is innocent and sleazy in all the right places as she snarls her lyrics at you "elevate me out of our love/come over here and make me blush" through a sometimes crunchy always sexy persona. Her young, almost stupidly innocent, voice will put a smile on any face as she feeds you filthy lines with provocative ease. It's rare to find a band with a female vocalist and even rarer to be able to say they are one of the best bands this year, but for Japanese Voyeurs there is no need to hesitate.

Towards the end of the record we get some ballads in the form of 'That Love Sound' and 'Heart Is a Fist', both of which put Alice's vocals at the front of the track. The former brings all the elements together with big riffs and chorus that would sound great live. The latter is more traditional lamentation with keys taking centre stage; it's a fleeting moment of heart that shows us slow, fast, quiet, or loud Japanese Voyeurs are always visceral and uniquely themselves. Its metal, but not as we know it. 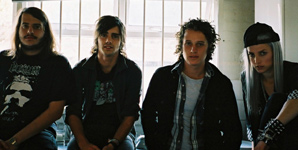