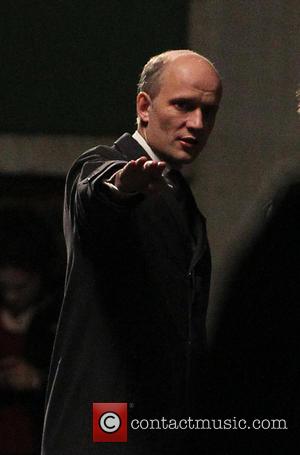 Former Mad Men star Jared Harris is a married man after exchanging vows with his fiancee in Miami, Florida, on Saturday (09Nov13).

The bride took to Twitter.com to share her excitement, writing, "We're Married!!!!!"

Riggio, who wore angel wings on the couple's big day, also shared a series of snaps with her followers, including a sweet shot of the newlyweds kissing.

Harris, who was previously married to British actress Emilia Fox, met Riggio in 2009 and they became engaged in June (13).