'Jared is an old friend', Brett told The Hollywood Reporter. 'When he heard I got the rights to Hef's story, he told me, 'I want to play him. I want to understand him.' And I really believe Jared can do it. He's one of the great actors of today.'

According to the publication, Brett - who has directed 'Hercules', 'Rush Hour' and 'Red Dragon' - has been working on the movie since 2007. The rights were originally bought by Universal Pictures and Imagine Entertainment before being bought by Jerry Weintraub for Warner Bros. Following his death in 2015, Brett bought the rights for his company RatPac Entertainment.

'My goal is to do the motion picture as an event', he continued. Brett took Jared to the Playboy Mansion earlier this year for the premiere of Amazon series 'American Playboy: The Hugh Hefner Story' and Hugh's 91st birthday, though Jared was not able to meet the man himself. 'There's enough footage on Hef out there that Jared will be able to get as much information as he wants', Brett assures.

Jared Leto's next movie project is 'Blade Runner 2049', followed by the post-WWII drama 'The Outsider'. He's also thought to be starring in 'Tron 3', 'Berlin, I Love You', 'Harley Quinn Vs. The Joker', 'Gotham City Sirens' and 'Suicide Squad 2'. 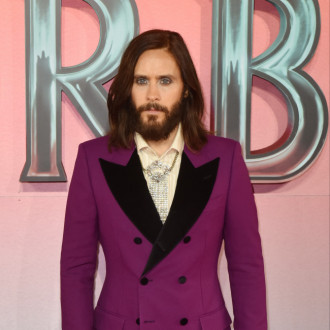